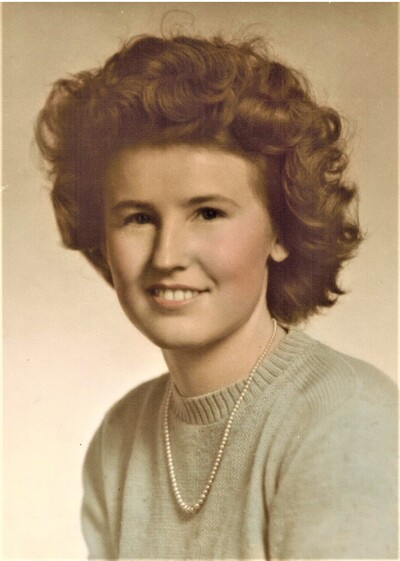 Betty Jane Alice (nee Reed) Emerson passed away on January 19, 2022.  She was born on March 12, 1925, in St Louis, the daughter of James and Hilda (nee Ott) Reed.  In high school, she had a summer job at Small Arms in St Louis as a “gauge girl”.  Betty graduated from Eureka High School in 1942.  In May of 1946, she completed her nursing degree as an RN at Missouri Baptist School of Nursing in St Louis.

Betty met the love of her life, Irvin Emerson, on a blind date while in nursing school.  After graduating from nursing school they were married in 1947, and she worked to put her husband through law school.  They moved to Jefferson County in 1951, first living out at the old Bechler farm on BB not far from where her mother lived, before moving into Hillsboro to rent the upstairs of the old Williams place.  Betty worked as a nurse in Jefferson County for the last years of her career as a nurse with the Missouri Head Start program.

Betty led an active joyful life until the very end, was an active member of First Baptist Church in Hillsboro, actively involved with the Women’s Auxiliary of Gideons International, and a member of “Modern Seekers” a Jefferson County women’s club first organized through the Missouri Extension Office.  Her adventurous spirit and desire to share the love of Jesus with the world led her to agree to be a medical volunteer one summer in Haiti. She was surprised, but ready as always for the challenge when she discovered she was needed as a dental assistant helping to pull teeth. Betty had a lifelong love of books and reading, she loved to cook, and enjoyed her family and friends.

Visitation will be Saturday, January 29 at First Baptist Church Hillsboro from 1 to 3 PM

Funeral services will be at First Baptist Church Hillsboro on Sunday, January 30 at 1:00 PM

The family asks that no flowers be sent, but that if desired donations be made in her memory to Missouri Baptist Children’s Home, Gideons International, or Lottie Moon International Missions

To order memorial trees or send flowers to the family in memory of Betty Jane Alice Emerson, please visit our flower store.