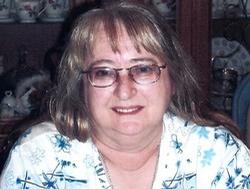 Bert and her Husband Thomas were married of October 15, 1983.
She was a retired Registered Nurse at St Anthony''s Medical Center.

Preceded in death by,
Father-Charles Cantrell Sr. and Brother-Ronald Duncan.
To order memorial trees or send flowers to the family in memory of Bertha Sue (Bert) Keener, please visit our flower store.