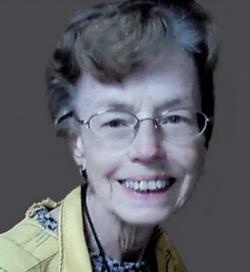 Anna Ruth Taylor (nee Smith) age 77, of Hillsboro, Mo. Died on September 16, 2015, in St. Louis Mo. Born December 19, 1937, in Arcadia, Mo. Anna was the co-owner of Hillsboro Plumbing with her late husband Paul Taylor who passed away on September 29, 2010. She was a member of Good Shepherd Catholic Church.

Mrs. Taylor was cremation with a possibility of a memorial service at a later date.
To order memorial trees or send flowers to the family in memory of Anna Ruth Taylor, please visit our flower store.