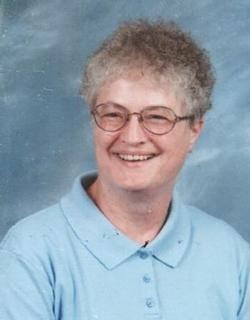 Alice J. Conner, (nee Nelson) age 69, of Hillsboro, Missouri, passed away on Tuesday, July 08, 2014,in Crystal City, Missouri. She was born March 29, 1945, in Oakland, California. Alice and her husband Ronald were married January 27, 1973. Alice was retired from the Jefferson County Jail food service. She was a member of First Baptist Church of Hillsboro and had volunteered for Heavens Closet.

Visitation-Thursday, July 10, 2014, from 11am to 1pm at First Baptist Church of Hillsboro, Hillsboro, Missouri.

Memorials to-First Baptist Church of Hillsboro would be appreciated by the family.
To order memorial trees or send flowers to the family in memory of Alice J Conner, please visit our flower store.